Darktable is my favorite RAW editor. It's a program for developing digital negatives ("RAW files") to JPEGs. But, I've long struggled with matching the quality of the out-of-camera JPEGs of my Fuji camera. Let me explain.

Today's cameras capture an astounding amount of detail, far more than monitors can display or printers can print. And then they crush it down to a printable and viewable JPEG file. But that crushing operation is idiomatic for each camera, irreversible, and not always appropriate to the image. And at those inappropriate times, when you want a wider dynamic range or different colors, a RAW editor like Darktable can take a digital sensor dump ("RAW file"), and render it differently. The challenge is that the camera's own JPEGs are already very, very good, and it's a fine line to walk between fixing a particular flaw with the image, while retaining as much detail as possible.

Fuji cameras produce notoriously difficult RAW files, as their internal processing is (said to be) particularly elaborate, and they use an unusual image sensor. This post is about matching the quality of Fuji's JPEGs in Darktable, while maintaining the fidelity and malleability of the RAW files.

Here are a few renditions of a photograph I took, the first created with my revised process, the second is Fuji's JPEG, and the third is Darktable's default rendition. First the entire picture, the a zoomed view so you can see each pixel: 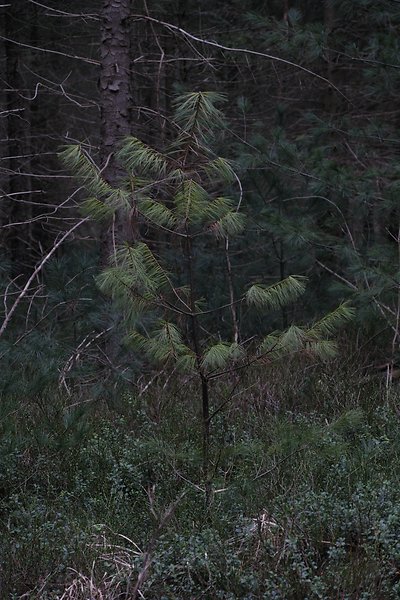 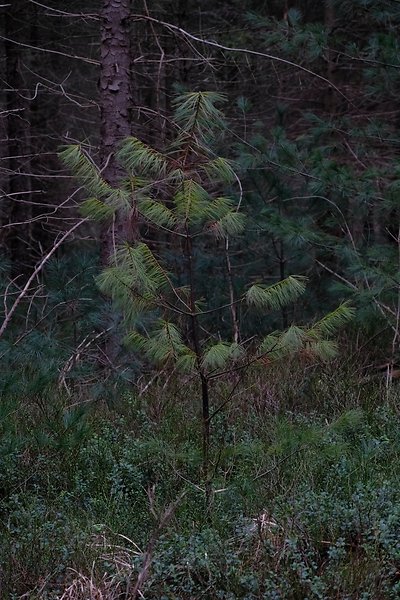 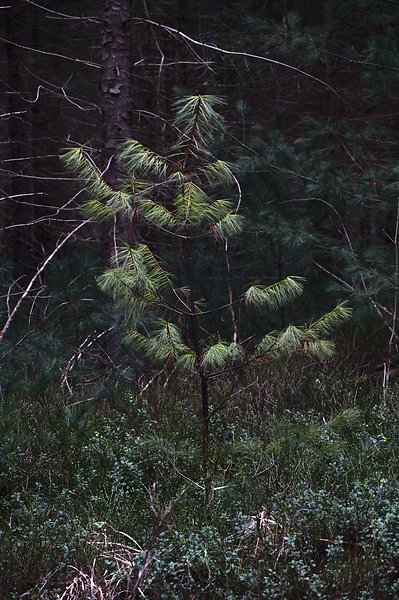 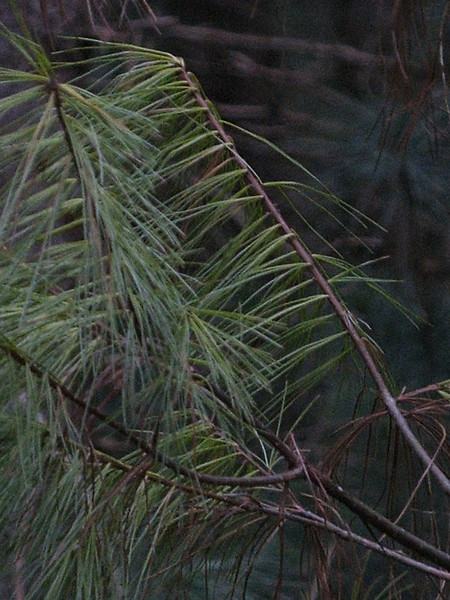 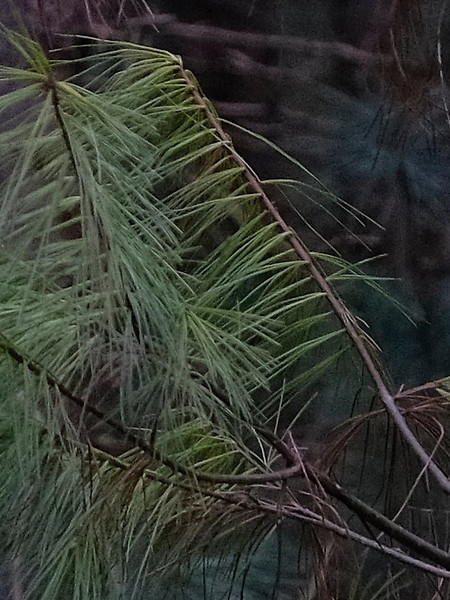 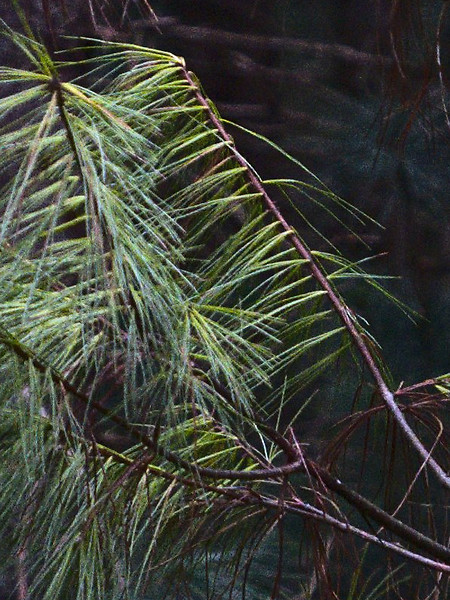 While contrast and saturation don't match 100% in my version and Fuji's, the colors are close enough for further processing. Darktable's default version does not match those colors at all. The zoomed-in version highlights even worse problems with sharpness and detail retention. After working with Fuji files in Darktable for about a year, and editing about 3500 Fuji files, I finally found a workflow that reliably produces results on par with Fuji's JPEGs:

My first gripe with Darktable's rendering of Fuji files is that the demosaicing and lens corrections are not particularly great. Pictures simply come out softer than with other tools, and chromatic aberrations remain an issue. The Iridient X-Transformer completely fixes this issue for me. The X-Transformer can also do sharpening and denoising, but I find those are better relegated to Darktable where needed. "But… that's proprietary Windows software!!!". Yes, it is. And it works beautifully in Wine.

My second issue is colors. Darktable needs a lot of massaging to produce Fuji-like colors. The Base Curve module (shown above) really does not do Fuji files justice most of the time. And while Filmic RGB is much better, it requires a lot of tedious adjustments even in simple cases. So instead, I use LUTs extracted with a color chart and some fancy math to replicate Fuji's colors. At the moment (v3.0), Darktable understands only .cube and .png LUTs. But Stuart Sowerby's website has them in .3dl. So for now, you need to install a 3D LUT converter, and convert them to .cube manually. On Windows.

With these two steps you can develop your Fuji RAFs better than your camera, and with relatively little fuss. I'll leave you with a finished render of the image above:

This is part two of a three-part series on the native audio APIs for Windows, Linux, and macOS. This second part is about PulseAudio on Linux.

It has long been a major frustration for my work that Python does not have a great package for playing and recording audio. My first step to improve this situation was a small contribution to PyAudio, a CPython extension that exposes the C library PortAudio to Python. However, I soon realized that PyAudio mirrors PortAudio a bit too closely for comfort. Thus, I set out to write PySoundCard, which is a higher-level wrapper for PortAudio that tries to be more pythonic and uses NumPy arrays instead of untyped bytes buffers for audio data. However, I then realized that PortAudio itself had some inherent problems that a wrapper would not be able to solve, and a truly great solution would need to do it the hard way:

Instead of relying on PortAudio, I would have to use the native audio APIs of the three major platforms directly, and implement a simple, cross-platform, high-level, NumPy-aware Python API myself. This effort resulted in PythonAudio, a new pure-Python package that uses CFFI to talk to PulseAudio on Linux, Core Audio on macOS, and WASAPI[1] on Windows.

This series of blog posts summarizes my experiences with these three APIs and outlines the basic structure of how to use them. For reference, the singular use case in PythonAudio is block-wise playing/recording of float data at arbitrary sampling rates and block sizes. All available sound cards should be listable and selectable, with correct detection of the system default sound cards (a feature that is very unreliable in PortAudio).

[1]: WASAPI is part of the Windows Core Audio APIs. To avoid confusion with the macOS API of the same name, I will always to refer to it as WASAPI.

PulseAudio is not the only audio API on Linux. There is the grandfather OSS, the more modern ALSA, the more pro-focused JACK, and the user-focused PulseAudio. Under the hood, PulseAudio uses ALSA for its actual audio input/output, but presents the user and applications with a much nicer API and UI.

The very nice thing about PulseAudio is that it is a native C API. It provides several levels of abstraction, the highest of which takes only a handful of lines of C to get audio playing. For the purposes of PythonAudio however, I had to look at the more in-depth asynchronous API. Still, the API itself is relatively simple, and compactly defined in one simple header file.

It all starts with a mainloop and an associated context. While the mainloop is running, you can query the context for sources and sinks (aka microphones and speakers). The context can also create a stream that can be read or written (aka recorded or played). From a high level, this is all there is to it.

Most PulseAudio functions are asynchronous: Function calls return immediately, and call user-provided callback functions when they are ready to return results. While this may be a good structure for high-performance multithreaded C-code, it is somewhat cumbersome in Python. For PythonAudio, I wrapped this structure in regular Python functions that wait for the callback and return its data as normal return values.

Doing this shows just how old Python really is. Python is old-school in that it still thinks that concurrency is better solved with multiple, communicating processes, than with shared-memory threads. With such a mind set, there is a certain impedance mismatch to overcome when using PulseAudio. Every function call has to lock the main loop, and block while waiting for the callback to be called. After that, clean up by decrementing a reference count. This procedure is cumbersome, but not difficult.

What is difficult however, is the documentation. The API documentation is fine, as far as it goes. It could go into more detail with regards to edge cases and error conditions; But it truly lacks high-level overviews and examples. It took an unnecessarily long time to figure out the code path for audio playback and recording, simply because there is no document anywhere that details the sequence of events needed to get there. In the end, I followed some marginally-related example on the internet to get to that point, because the two examples provided by PulseAudio don't even use the asynchronous API.

Perhaps I am missing something, but it strikes me as strange that an API meant for audio recording and playback would not include an example that plays back and records audio.

On an application level, it can be problematic that PulseAudio seems to only value block sizes and latency requirements approximately. In particular, if computing resources become scarce, PulseAudio would rather increase latency/block sizes in the background than risk skipping. This might be convenient for a desktop application, but it is not ideal for signal processing, where latency can be crucial. It seems that I can work around these issues to an extent, but this is an inconvenience nontheless.

In general, I found PulseAudio reasonably easy to use, though. The documentation could use some work, and I don't particularly like the asynchronous programming style, but the API is simple and functional. Out of the three APIs of WASAPI/Windows, Core Audio/macOS, and PulseAudio/Linux, this one was probably the easiest to get working.